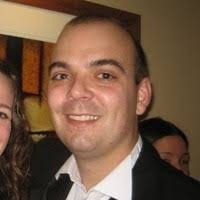 We believe that there are lots of academic studies that could be improved (in terms of the science, as well as the delivery to time and target) if children and young people were included (where appropriate). For example:

How does a researcher experienced in developing research protocols for adult patients go about getting their protocol “paediatric ready”?

The first step is to establish if the study would benefit from including children and young people.

For this, find both a paediatrician, and a children’s group.

For research studies in particular diseases, making contact with a consultant in the particular sub-speciality is a good first step. They will be aware of the needs of their particular population of children. These needs can vary wildly, from healthy children, to children with complex needs and learning difficulties, and need to be considered to make the study a success. If the specialist is research active, they may also be able to help with details such as the acceptable blood volumes that can be taken from children in research, and what paediatric patients will tolerate in terms of interventions.

If you are not working on a particular disease, or it crosses sub-specialties, then you could also consider using a paediatric clinical pharmacologist. This is a relatively new sub-specialty, but the training involves the design and delivery of paediatric research protocols, and they are not disease or condition specific.

There are children’s groups all over the country who can advise researchers on how the protocol (and information leaflets) you have developed are likely to be received.

Visit Generation R for a list of Young People’s Advisory Groups that support the design and delivery of paediatric health research in the UK.

Be warned, these groups are very honest, and your feelings about how nice your study is, or the layout of your information, are not important to them. But I can honestly say they have improved every study I have ever taken to them. If you are not interested in making changes to your protocol/information, or are going to see the

Listen to Dan explaining the important of creating paediatric cohorts in this video taken at the 2019 UKCRF Network Annual Conference in Nottingham: